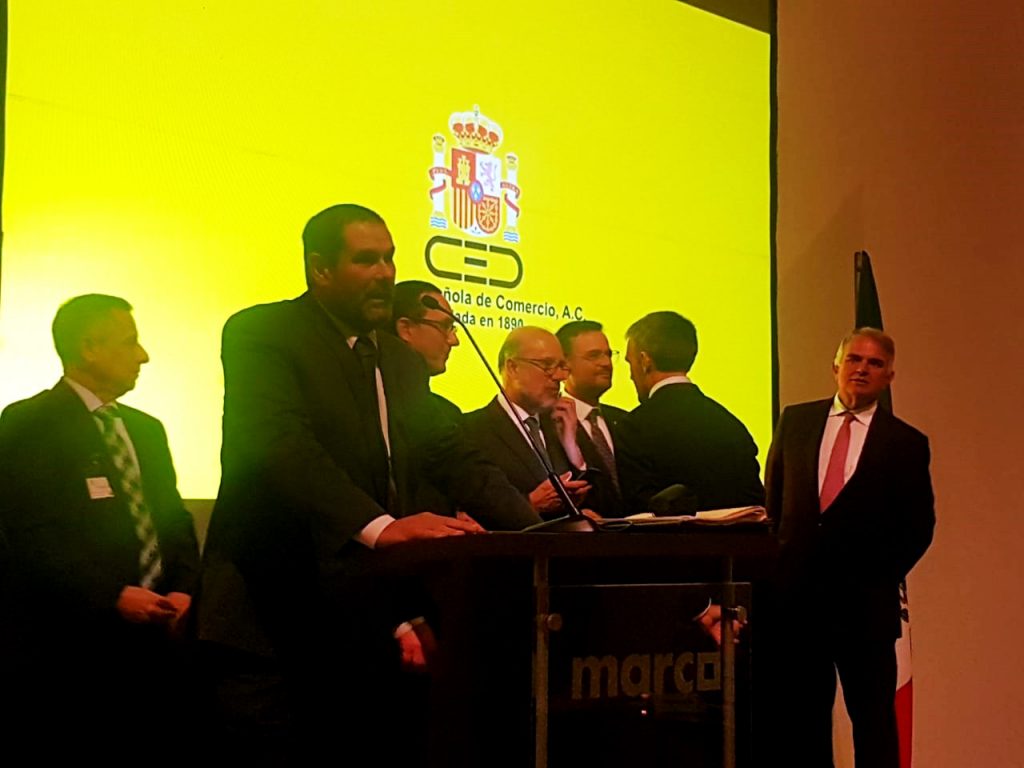 On 22nd January at the Marco Monterrey Museum (Mexico), it took place the presentation of the delegation in Monterrey of the Official Spanish Chamber of Commerce in Mexico.

Vidmar attended this event and received recognition for his work in the country, job place creation and the  commitment with the Chamber of Commerce.

The event was presided by the Ambassador of Spain in Mexico, the Spanish Consul in Monterrey, the Governor of the State, among other well-known personalities of the State’s political scene and General Directors of the largest companies in the city.